Blacktown & District Environment Group Inc was invited to submit comments on a proposal to reassign land east of the existing St Batholomew’s Church Cemetery, Prospect so that the cemetery could be extended into that area.

The area is shown hereunder: 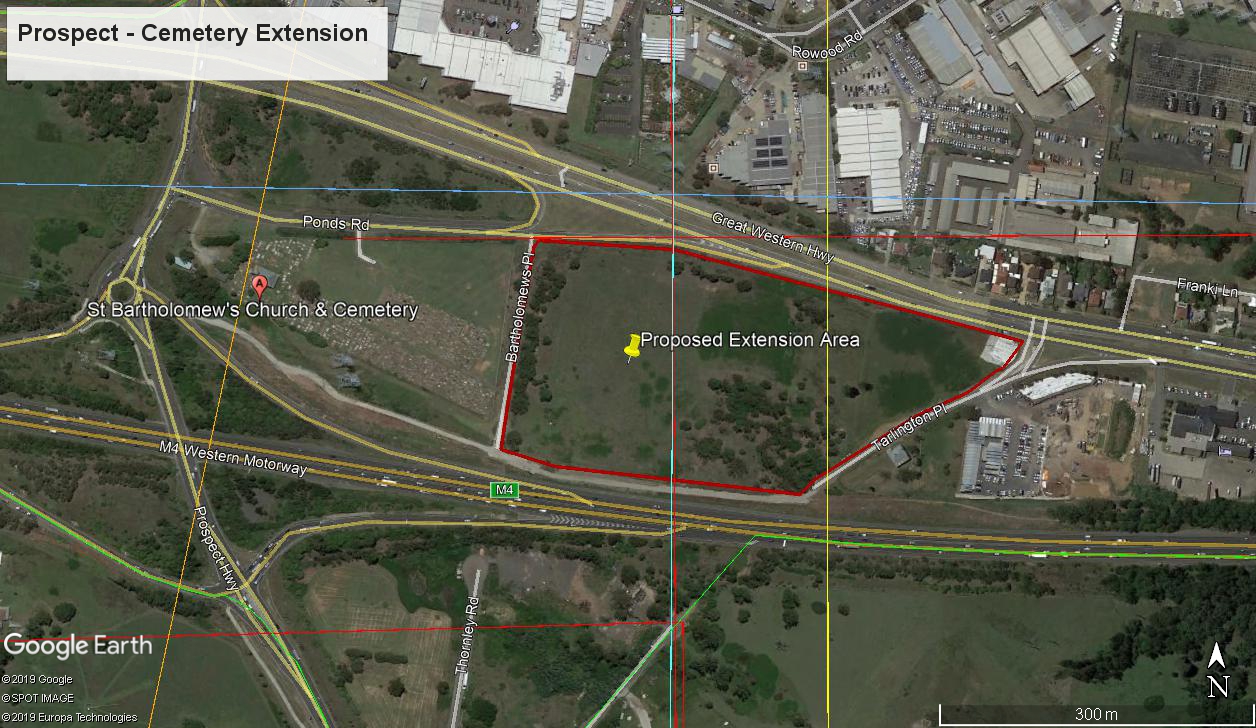 We inspected the land and noted that much of the area was occupied by exotic grasses, herbs and blackberry.

Our submission to Blacktown City Council identified the canopy areas as providing fauna habitat/foraging value as well as providing immediate aesthetic value and, in practical terms, providing shade for attendees of burial services on warm to hot days.

The areas comprising stands of the native shrub Bursaria spinosa were said to provide potential nesting for the Superb Fairy Wren known to inhabit the area. Additionally, the shrubs could provide something of a natural screen to the heavily trafficked Great Western Hwy on the northern side of the area and the M4 Motorway on the southern side. Planting of a native shrub layer (quicker growing) and canopy inside the boundaries of the cemetery area were also recommended for screening purposes but they would also benefit avian fauna.

We also recommended enhancement of the drainage area to make a wetland area which would provide fauna foraging/habitat as well as being an aesthetic water feature of the cemetery.

We await the direction Blacktown City Council takes on this matter but it seems certain the cemetery extension will go ahead.

Cumberland Land Conservancy is well down the path to taking up ownership of a a 38ha property adjoining Mulgoa Road and Mulgoa Creek, Mulgoa for management in perpetuity for conservation.

An aerial photo of the site they have named “Wallaroo” is provided herewith.

On an afternoon which threatened rain, around 25 members took the opportunity to inspect the site on 20 March 2016 and all remained dry 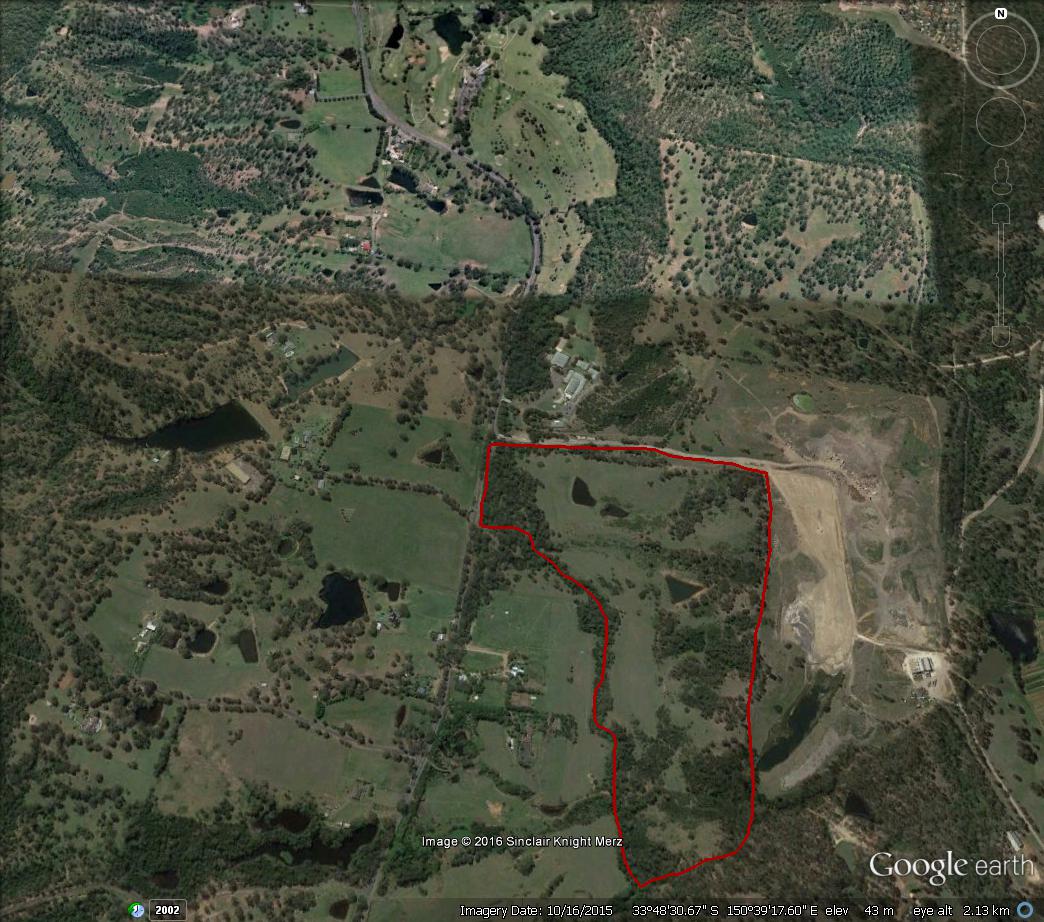 A sub-committee is to be appointed to develop a Plan of Management for the site in consultation with the Nature Conservation Trust.

We provide herewith some extracts of Botanist, William Woolls’ observations contained in his work “A Contribution to the Flora of Australia”, published in 1867.

Some species may have had name changes since then. 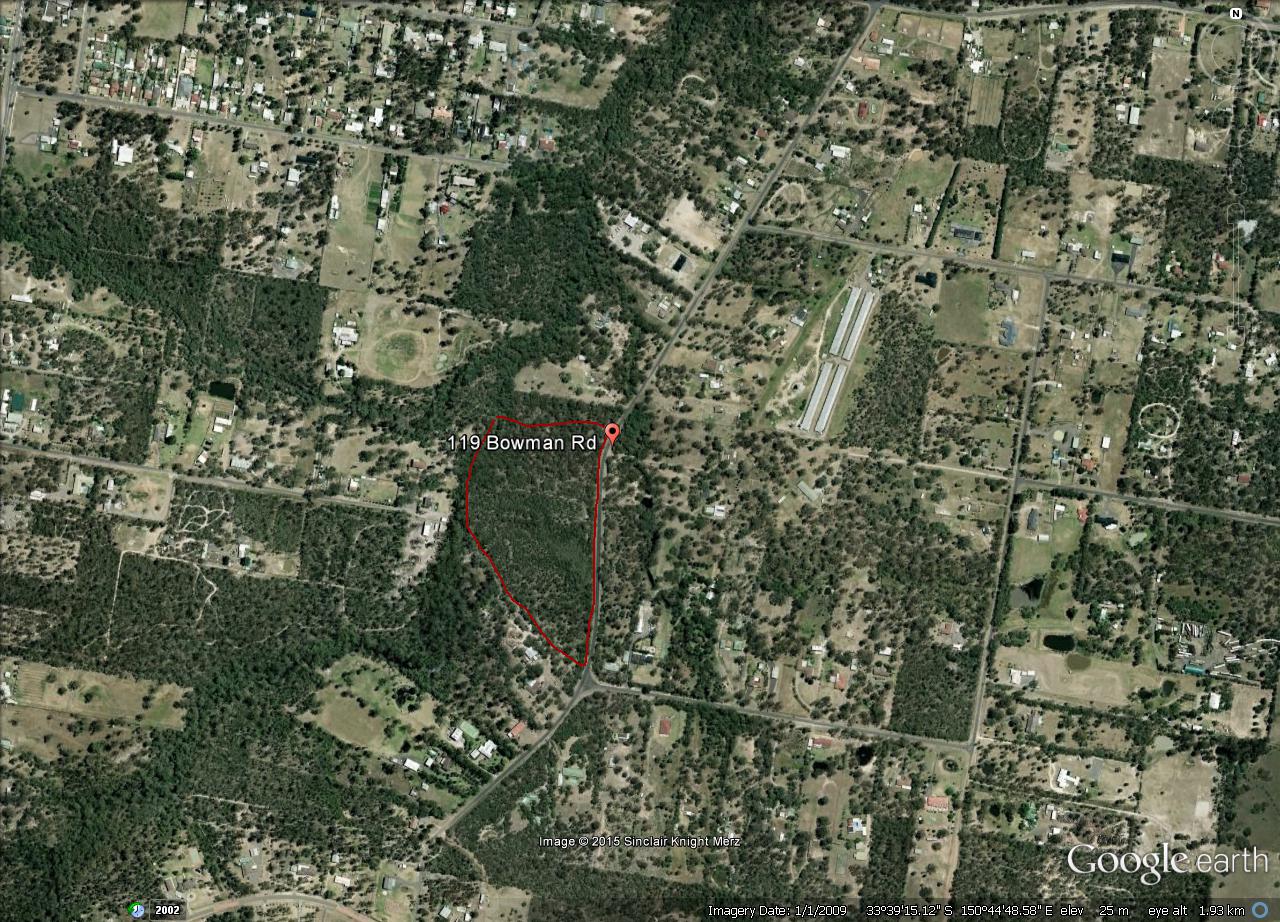 NO TO FERNHILL SUBDIVISION

IF YOU CARE ABOUT THE FUTURE OF THE MULGOA VALLEY AND OF FERNHILL PLEASE TAKE A FEW MOMENTS TO RESPOND TO THE DEVELOPMENT BEING PROPOSED BY SIMON AND BRENDA TRIPP.

There are two developments being prosed

A BRIEF GUIDE TO WRITING YOUR SUBMISSION

SUBMISSIONS CAN BE EMAILED to council@penrithcity.nsw.gov.au

SUBMISSIONS CAN BE MAILED to The General Manager

Remember to request that all Councillors receive a copy of your Submission.

ISSUES WHICH MAY BE IMPORTANT TO YOU FOR THE EASTERN PRECINCT

ISSUES WHICH MAY BE IMPORTANT TO YOU FOR THE WESTERN PRECINCT

You do not have to comment on all the issues, only the ones which are most important to you. There may be other issues which you may wish to add that are not part of the above list.

The Office of Environment & Heritage (OEH) is proposing to establish “Green Corridors” on the Cumberland Plain and has met with a range of people and entities in the discussion stage.

Conservationists have varying concerns about the project including a sole emphasis on creeklines. Creeklines are not suitable habitat for all fauna species; creeklines are high cost weed maintenance; it will be heavily reliant on biobank funding – that means biobanking land already protected from development as most creeklines are. While some creeklines are only remaining means for connecting key sites – and this is supported – there appear to be too many creeks in the frame for project delivery. See draft map following: 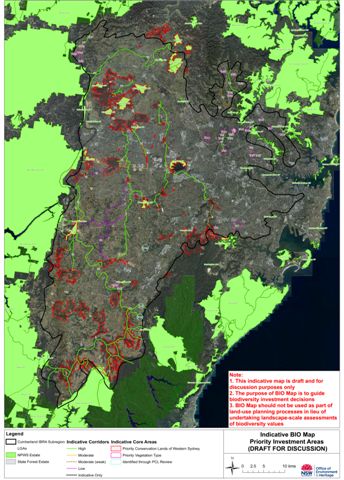 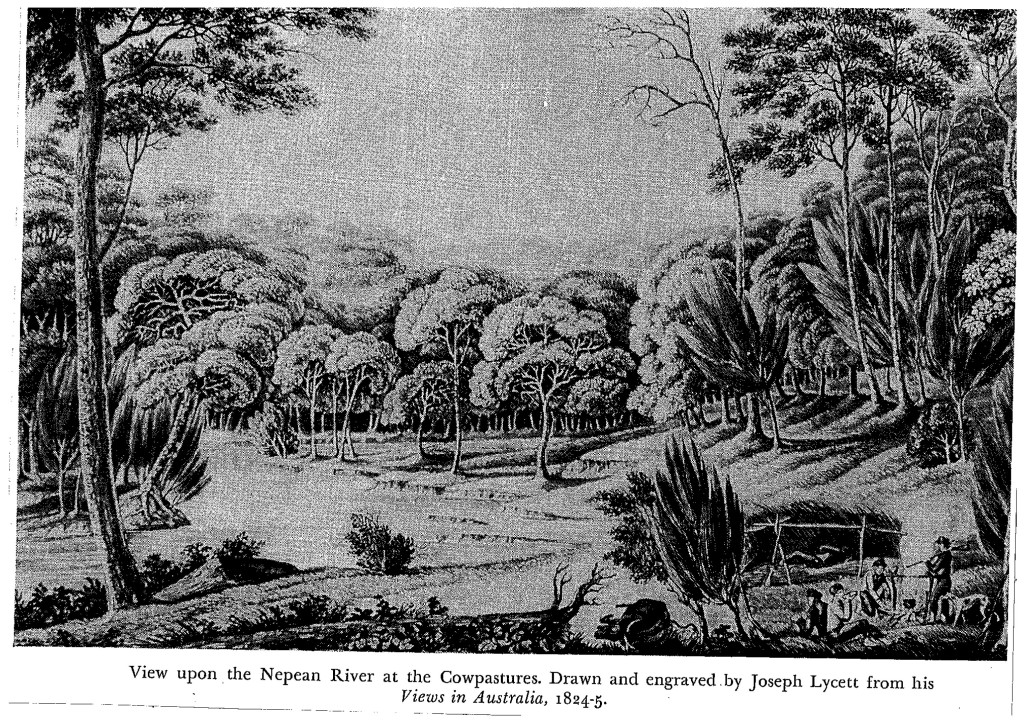 Parklea Correctional Centre in Western Sydney has two wetlands, one very large and one smaller, which have probably been the product of extensive landscaping works on what was perhaps a rural dam and drainage line prior to purchase of the land for a correctional centre by the government two or more decades ago.

The landscaping and the quiet surroundings of the secured outer grounds of Parklea Correctional Centre provide an ideal habitat for a wide variety of birds, particularly water birds.

The following aerial image shows the two wetlands to the west and south-west of the buildings: 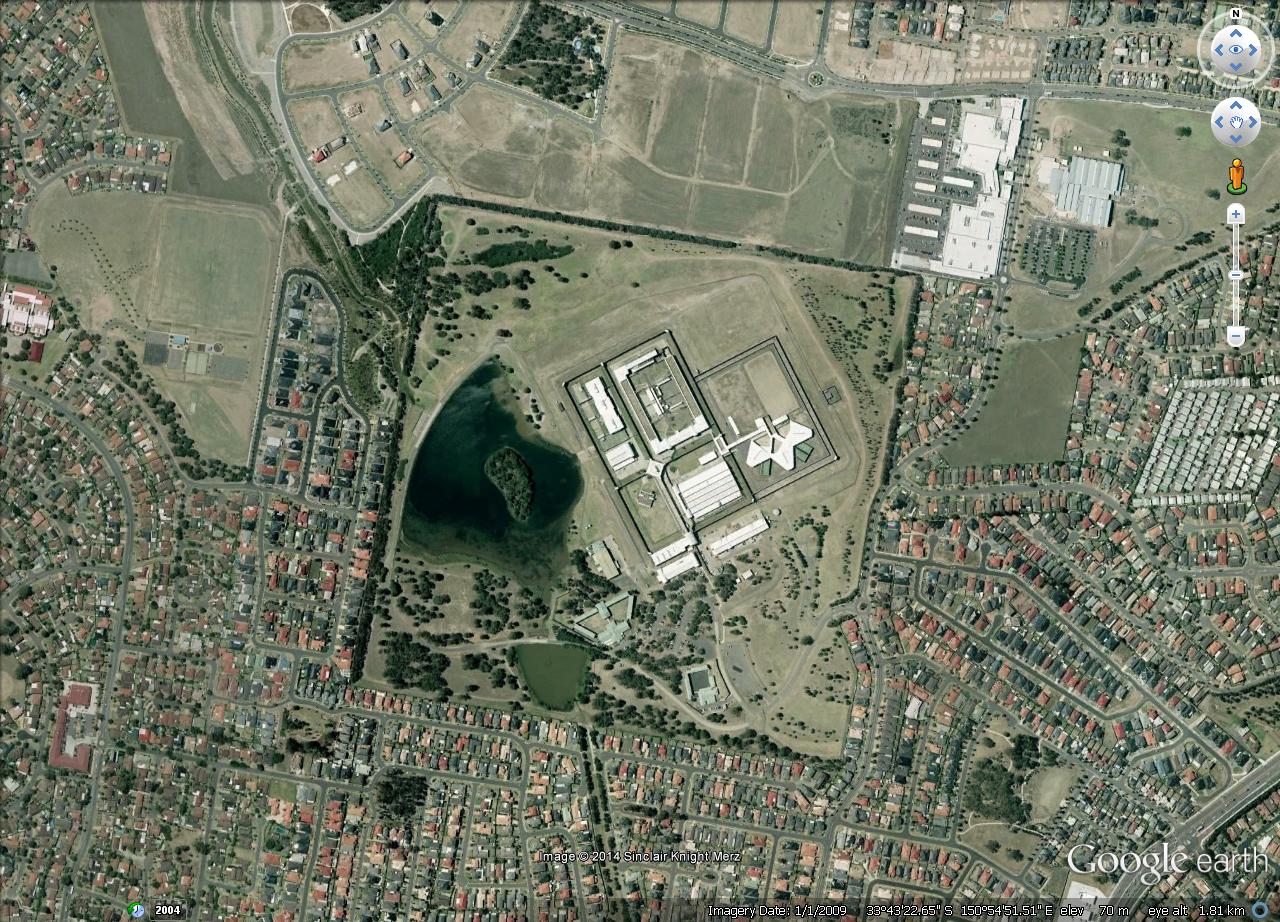 The large wetland, by our estimate, occupies 5ha of area and includes quite a sizable island which is well supplied with trees. To the south and north of the wetland are expansive areas of naturally occurring and planted trees. There are shrubs dotting the area to the south but shrubs, particularly Kunzea ambigua, are in more dense supply in the northern area. Native grasses , herbs and groundcovers are in ample supply (along with weed species) but unless protected by shrubs they are subjected to regular slashing. Goodenia, Phyllanthus and Zornia species are well represented.

The day was overcast and rain had fallen prior to the survey. The wetland was full of water and, being at the tail of the season for migratory wading birds, conditions were not best for finding those birds. They were absent.

However, such is the capacity of the wetland to attract a wide range of water birds in the warmer and drier months of the year we anticipate the site would be ‘alive’ with these birds when other wetlands might be struggling.

All things considered, we were not disappointed with the number of birds detected in the two hours of observation. In and around the wetland and in the wooded areas a total of fifty (50) bird species (some introduced) were detected and they can be found here:

We are indebted to management of Parklea Correctional Centre for the maintenance of a viable bird habitat in Western Sydney and for affording us the opportunity to observe its function.

For some pics of the wetland and some of the birds sighted subscribe via this website for the Cumberland Conservation Newsletter. Courtesy of Mark Fuller and Edwin Vella the pics appear in the May issue of the Newsletter. 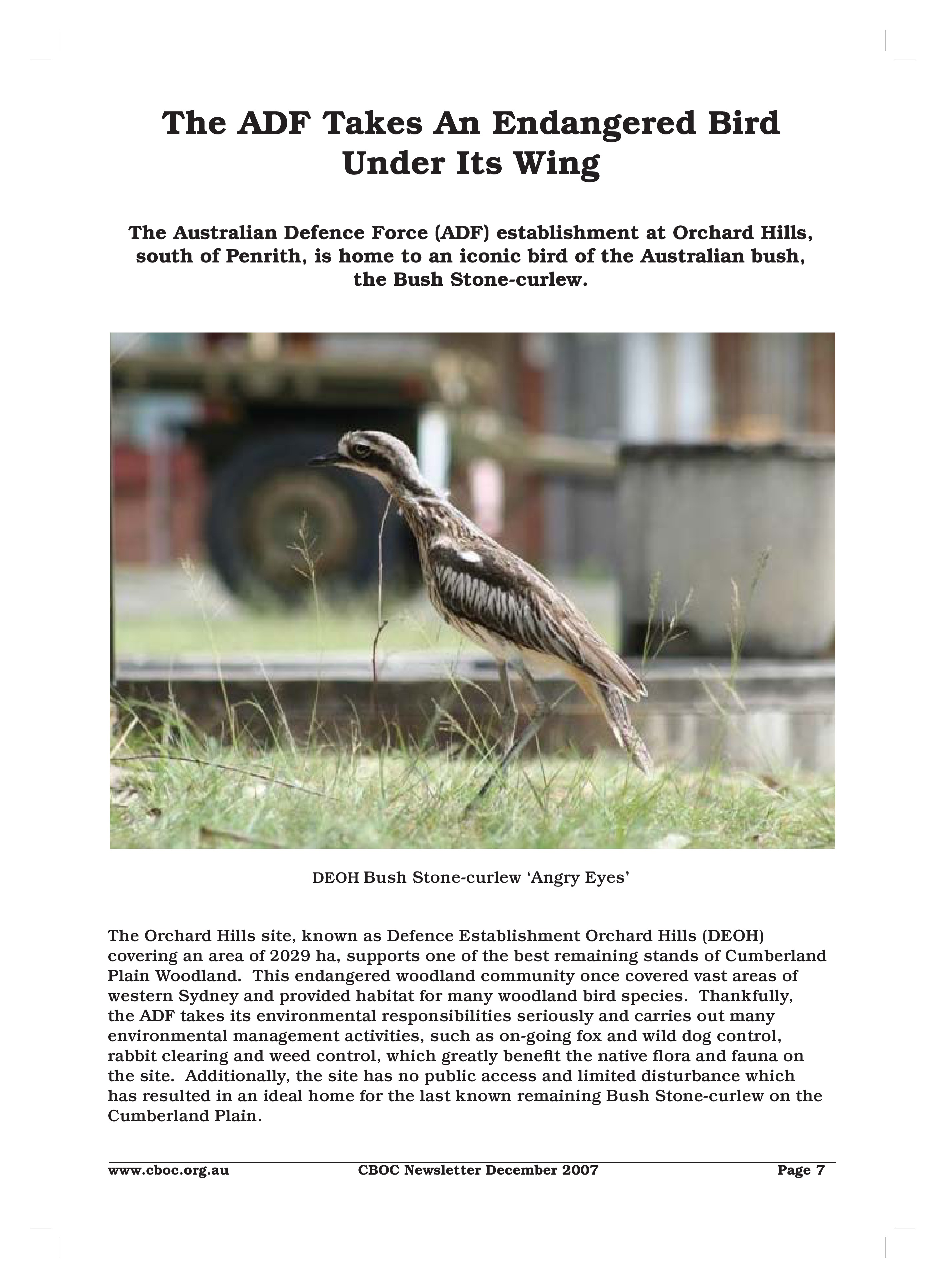 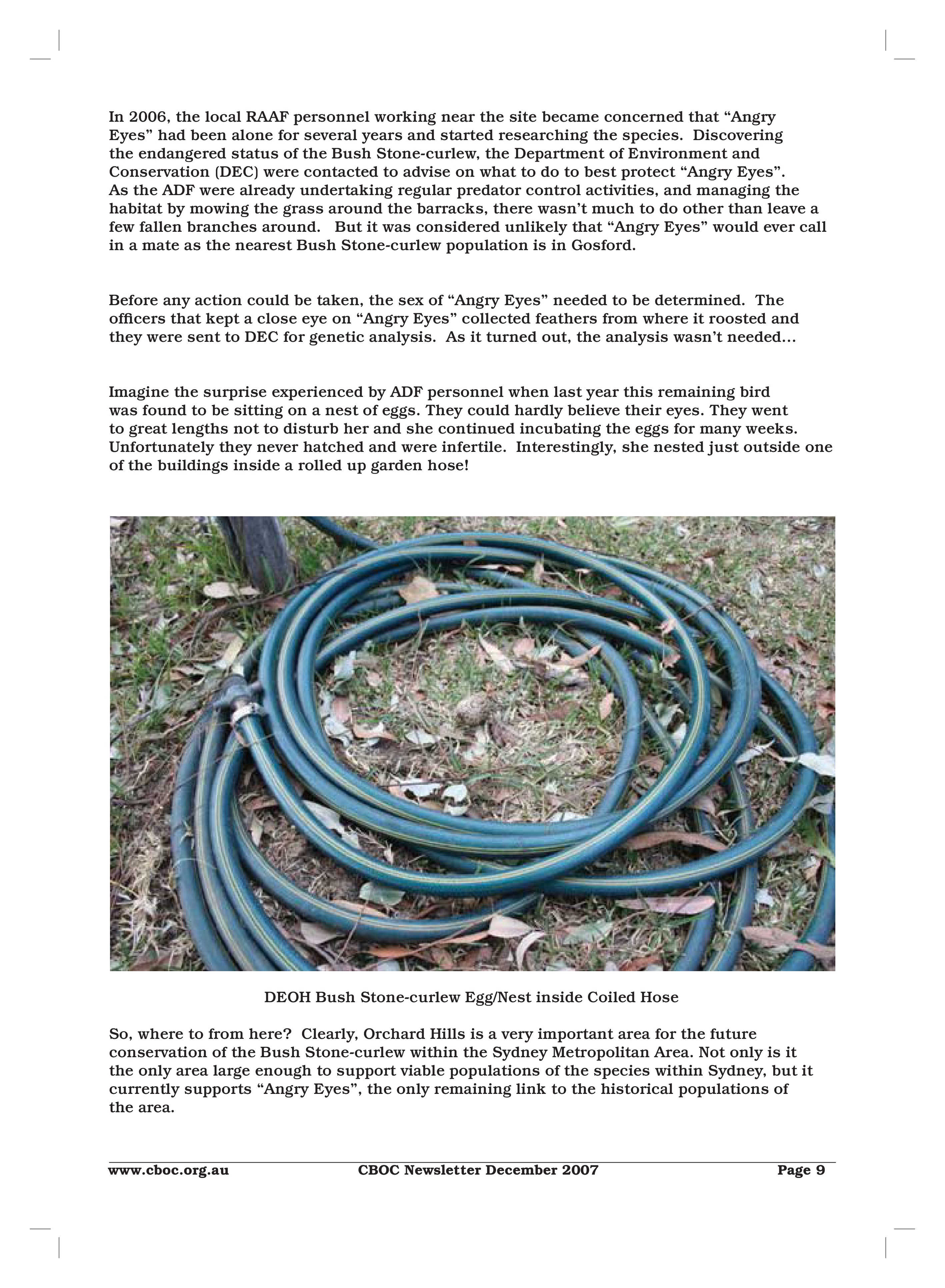 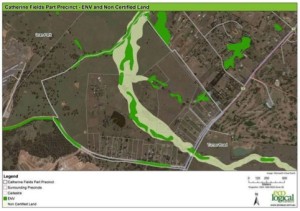 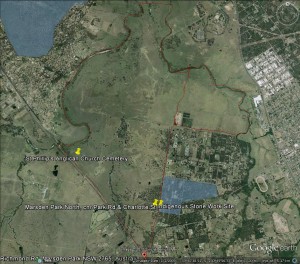 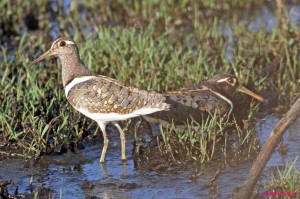 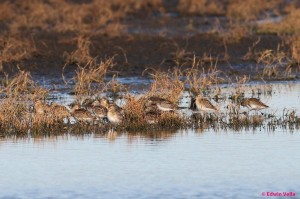 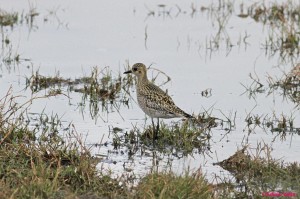 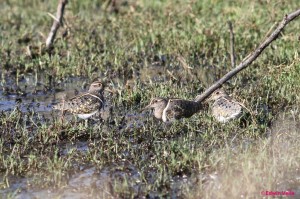 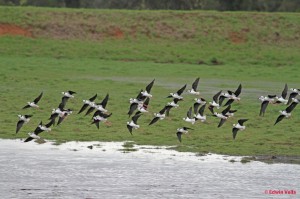 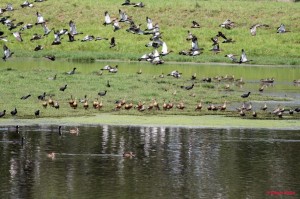 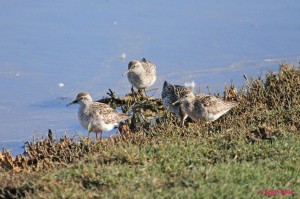 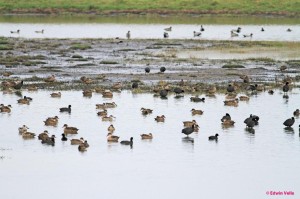 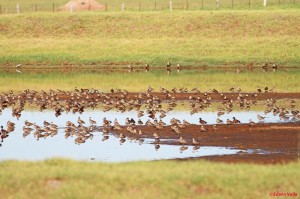 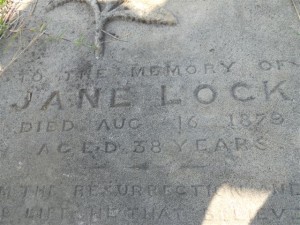 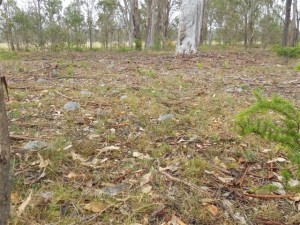 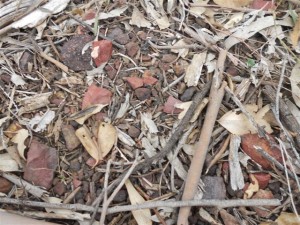