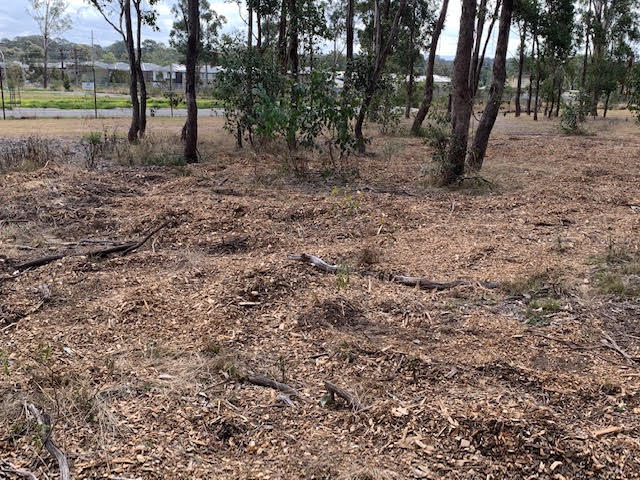 The issue of the fate of the kangaroos at the Werrington Park Campus of Western Sydney University has taken a turn for the worse.

While Western Sydney University is developing its plan for a business park on the Werrington Park Campus an act has occurred which is, at best, environmental negligence or, at worst, a treacherous attempt to destroy the integrity of the stands of Cumberland Plain Woodland in order to get approval to knock down and build where the stands exist as part of the upcoming business park plan.

In either event, what has happened is a serious breach of trust on the part of Western Sydney University subsequent to the university canvassing environment groups in year 2011 to support its aim of achieving United Nations accreditation under the banner of the “UN Decade of Education for Sustainable Development”.

Our email and photos of damage, sent to the university, received no reply until more than a month after the mulch smothering was noted. All the while, the herbs, grasses, groundcovers and juvenile trees and shrubs which make up the complement of Cumberland Plain Woodland are being killed by the mulch.

The reply from university speaks of engaging a bush regenerator to provide recommendations for rectifying this disaster. That is further unnecessary delay. The solution needs to be immediate viz sensitive raking out of the mulch.

What is on display here with Western Sydney University is far removed from “Education for Sustainable Development”.