In a disgraceful testimony to the degraded morality of government and the failure of the NSW Department of Planning and Environment to commit anything of worth toward environmental protection we now find Transport for NSW wants to run an extension of the South-West Rail Corridor through Harrington Forest.

Harrington Forest was supposed to be the negotiated offset for extensive loss of flora & fauna habitat through the Harrington Park development some years ago. But that doesn’t seem to matter to those within Transport for NSW who believe any open space is fair game for their infrastructure projects. This is the trashing of morality and the trashing of Western Sydney.

The mob of kangaroos and other fauna inhabiting Harrington Forest will end up with diminished habitat because of the rail line, if approved, dissecting the Forest.

Herewith is a map of the proposed corridor carving through Harrington Forest: 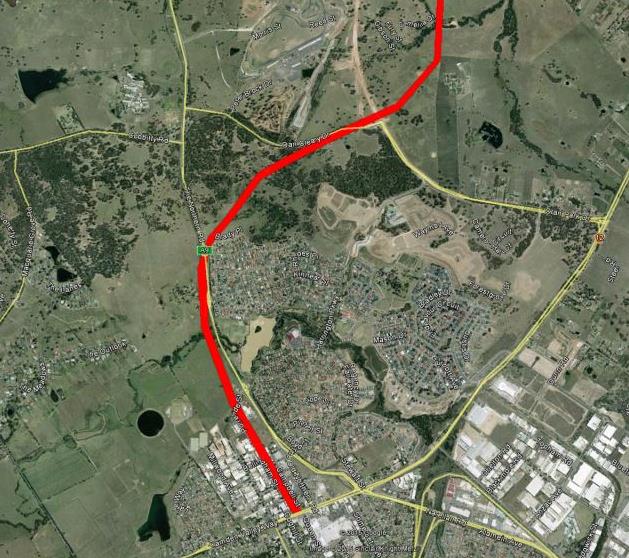 This Harrington Forest issue is not the only threat to established flora and fauna habitat in Western Sydney. Transport for NSW are also looking at extending the rail corridor north beyond the Western Rail Line through key flora & fauna habitat including an established Regional Park and a proposed National Park & Nature Reserve. Also, a major upgrade to Bells Line of Road with a feeder coming off the M7 Motorway at Dean Park will have the same effect. A proposed Outer Sydney Orbital does likewise. More about these proposed projects and the opportunity to comment via email can be found at: http://www.transport.nsw.gov.au/projects