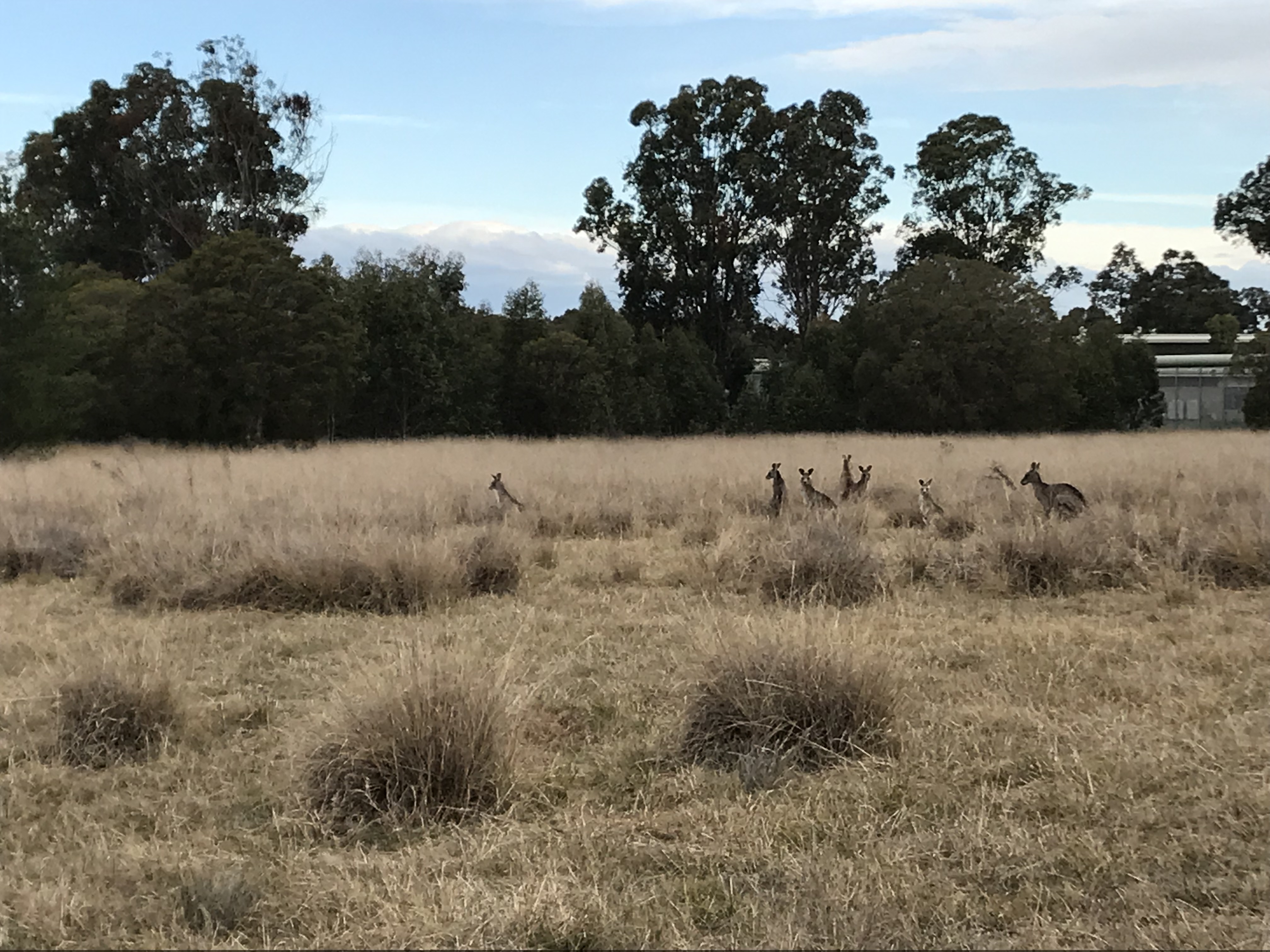 The image above shows just some of the near 40 kangaroos on what has been the Werrington campus of Western Sydney University (WSU).

Prior to take-up of the land by WSU the land was government land. Early citizens will recall driving past this site along the Great Western Hwy or travelling by train and seeing a mob of kangaroos as well as emus grazing freely under protection.

Well, today the emus are gone but kangaroos remain. The site, therefore, has sustained a population of Eastern Grey Kangaroos – an emblem of the natural heritage of the eastern margin of NSW for nearly 70 years, at least.

The NSW Heritage Register recognises the Georgian Revival style house ‘Frogmore’ on the land and, significantly, includes as part of the listing “The expansive undulating grounds provide an important parklike element which is visible from both the railway and road. These grounds serve to demarcate the South Creek basin from the Nepean Valley system.”  These grounds are the foraging area and habitat for the mob of kangaroos.

Sad to say, a real threat now exists from an educational institution looking for financial gain from the land at cost to the survival of the mob of kangaroos. More than a third of the approximately 80 plus ha of land has been quietly sold to a developer and the international company Lend Lease is seeking intensive residential development on the 28ha purchased. Even more sadly, Lend Lease has relied on a completely erroneous fauna survey which does not even recognise the presence of kangaroos foraging the site.

Now WSU is seeking to develop a business park on the remaining area of the campus site. Such a proposal cannot accommodate the mob of kangaroos and what is supposed to be an institution educating future generations on environmental sensitivity is set to be ordering the killing of kangaroos which have previously been protected in situ.

Blacktown & District Environment Group Inc opposes this wilful grab for dollars at cost to this representation of one of our national and cultural heritage. We will join with others protesting the actions of Lend Lease and Western Sydney University. In the interim please go to http://chng.it/wPH6QhZV to sign the petition to protect the mob of kangaroos.